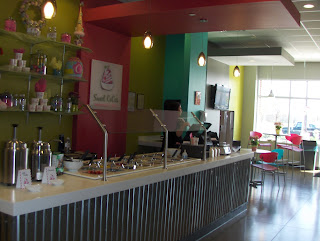 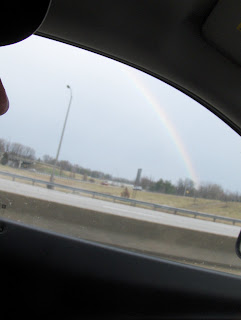 We started our trip to Murfreesboro on Friday, March 2. We were headed for the southern part of Kentucky when our country radio station interrupted with tornado warnings. These were for Indiana and lower Kentucky. They said, "take shelter immediately." We were listening and much of the bad weather was where we had just been driving. Then they spotted a tornado touch down in Carrollton. We were passing over the city limit sign a few moments later. The thing is, we had nowhere to go. We were out in the middle of nowhere. I started praying and I prayed for my husband to do what the Lord wanted him to do. We were also hit with almost blinding rain and hail. Hail as big as baseballs or bigger was predicted in some areas. Finally we pulled off to a strip mall that offered protection for half of our car front. When the rain let up, we drove on. We then entered an area where about 15 minutes before had been exposed to driving rain and hail. So basically, the Lord took us all around the tornado and bad weather area. I learned on my return that my neighbor had been faithfully praying for us. This rainbow came just as the weather broke. At first it was a double rainbow. What a sign of God's care and protection!

We finally stopped in Elizabethtown, Kentucky. Boy was I glad to get out of that car. The next day, we drove on to Nashville and then Murfreesboro. We met our daughter and she took us to a Sweet Ce Ce's Yogurt place. It was all decorated for spring and was so cheerful. I broke my "no sweets" thing and we all had frozen yogurt. Then we turned a knob here and used a scoop there and our healthy yogurt was full of tasty candies, treats, etc. I'm so glad for vacations on my diet, too. That evening we met Dawn's husband and we all went to a Mexican restaurant and I had the best enchiladas I have ever eaten. Next time, I'll tell you about a few of the touristy things we did in Nashville and the area. Stay tuned.